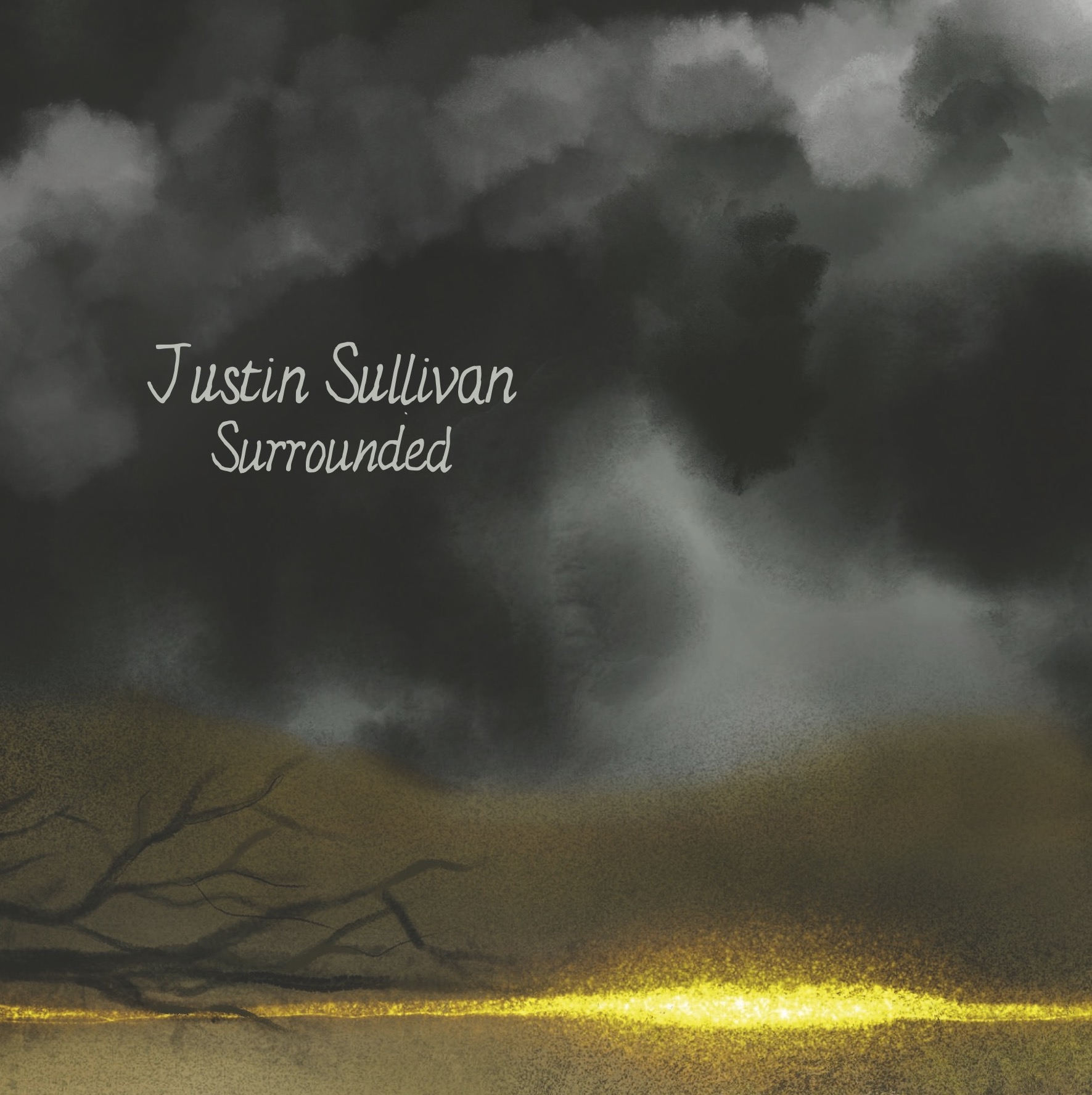 Greetings everyone!
Today sees the release of Justin’s ‘Surrounded’ album together with the rerelease (and for the first time on vinyl) of his first album, ‘Navigating By the Stars’..

To celebrate the album release, today we bring you a third video:


Says Justin - “Of course the title of the song is a bit of a joke about my obsession, but I think that, at this time, everyone would like something positive and beautiful and I hope this song, perhaps the sweetest on the whole album, will give people that”.

Both albums are available from all usual outlets (though there is an unfortunate six week delay in physical copies in North America).
https://JustinSullivan.lnk.to/Surrounded_Socials

Justin will also be performing some solo shows through the rest of the year although, with the ever-changing restrictions it’s difficult to say exactly where and when.
Already announced are:
Sunday 27 June 2021 - Nottingham, Arboretum Bandstand
Tickets on sale Friday 28th May and available from HERE

There will be further solo shows in the UK and probably elsewhere in mainland Europe through the autumn.

NEW MODEL ARMY
CONCERTS
It is still uncertain exactly what we may or may not do for the remainder of 2021. At the present time it looks as though our scheduled performances at Kubix Festival, Lakefest and Beautiful Days will go ahead as planned. And we are optimistic for the concert weekends in London, Nottingham, Amsterdam and maybe Köln later in the year.
Meanwhile, we think that it is likely that the double-set events in Glasgow and Dublin will be rescheduled (again) and we cannot be 100% sure that the autumn tours in mainland Europe will go ahead as planned. Keep an eye on our web-site for up-to-date information.
In the meantime, unsurprisingly, the band have made the first steps on a new album project, pooling musical ideas and sketching songs, although there are no immediate recording plans.

GLOBAL GATHERING DVD
After many delays, we have finally released the double-DVD set of our 40th Anniversary Global Gathering Livestream from last October.
After some consideration, we decided that to radically remix the sound or pictures would take away much of the immediacy and live feel that were so important to the spirit of the event, so while the sound has been remastered and the sync issues corrected, mostly we have stayed as true to the original broadcast as possible. We have also kept the packaging minimal to keep the price and shipping costs as low as we can. So, it is as it was – more than two and half hours of totally live performance, complete with the half-time nostalgia slideshow - available exclusively in our Shop in a limited edition.
Somewhat to our surprise, three-quarters of these DVDs are already sold so, if you want one, please order now.
https://shop.newmodelarmy.org

Stay well everyone – and see you soon!